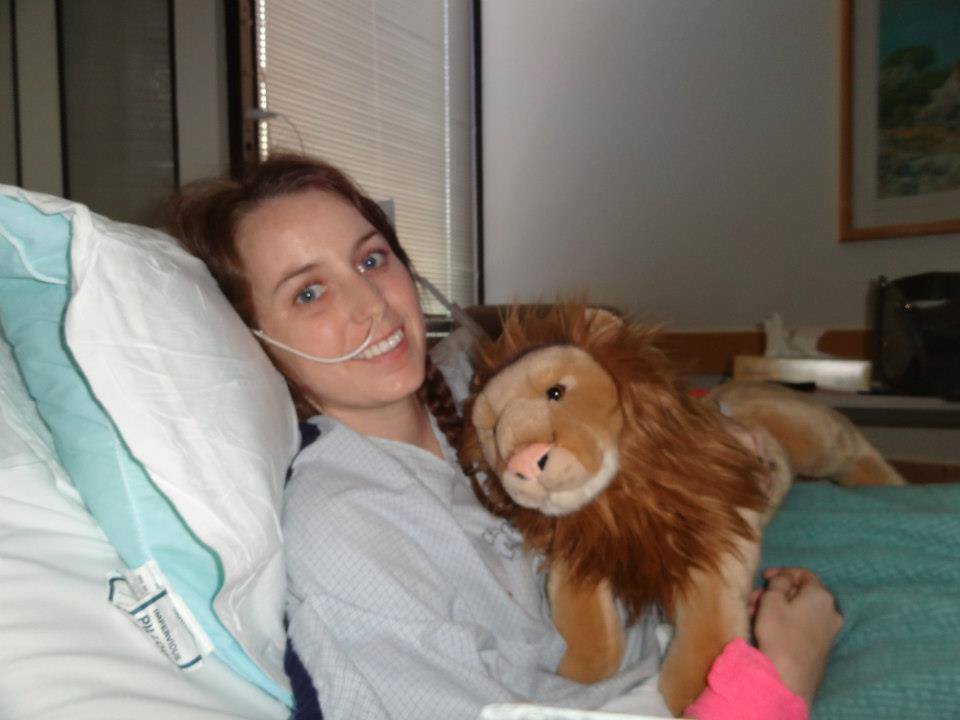 I’m pretty open about the fact that I have Crohn’s Disease.

Today I want to share that journey with you. It plays such a tremendous part of my adult life (especially in my marriage), and I think that the things I’ve learned along the way can help others in their own struggles.

What is Crohn’s Disease?

Before we dive into my experiences, I want to explain a little bit abour Crohn’s. I tend to be pretty open about my health; I apologize in advance if anyone feels uncomfortable with what I share.

Crohn’s Disease is a form of Irritable Bowel Disease, or IBD. It is an autoimmune disorder of the digestive tract.

You may have heard of IBS, which stands for Irritable Bowel Syndrome. This is not the same thing. IBS, while uncomfortable, means that the intestines tend to be sensitive,. Other than possible malnutrition and dehydration if unmanaged, IBS is not dangerous.

IBD, however, is much more than that. If we were discussing joints instead of the digestive tract, then IBS would be a weak ankle, and IBD would be arthritis in the ankle.

Similar to Rheumatoid Arthritis and Lupus, IBD (including Crohn’s Disease) is an autoimmune disorder.

We are all mostly familiar with how the immune system works. It recognizes foreign invaders in the body and attacks and destroys them.

When something foreign enters the body, whether it’s a simple cold virus or a complex organ transplant, the body can will reject it. The immune system attacks until it eliminates the threat.

Crohn’s Disease is an automimmune disorder of the digestive tract. This means that the body thinks that everything from the mouth to the stomach and all the way through is foreign and needs to be eliminated.

As you can imagine, having your immune system attacking your intestines can be fairly painful! And unfortunately, the symptoms aren’t as easily discussed over the dinner table as other health conditions.

In addition to stomach pain, IBD frequently causes loose bowel movements that may or may not be bloody, up to 20 or 30 times per day.

Inflammation and scar tissue from healing wounds often cause strictures (rings) in the esophagus and intestine. These can lead to partial or full bowel obstructions that require surgery.

People with IBD regularly suffer from nausea, fatigue, and stomach pain on a daily basis, even when in remission. They also have a much higher rate of colon cancer and are recommended to get a colonoscopy every 1-2 years once diagnosed.

Lastly, untreated IBD can cause the immune system to literally eat away the lining of the digestive tract. This results in ulcers, fissures (cuts or tears), and fistulas (tunnels to another organ).

While IBS can be controlled by diet, IBD cannot (although diet does play a factor).

The only way to treat IBD is with medications that repress the immune system. This leaves a person vulnerable to other illnesses that they can’t fight off. For example, the first time I had mastitis I had to be hospitalized for 4 days.

Steroids are one way to quickly treat a Crohn’s flare-up, but they do not work long-term. Immunosuppressants are used as maintenance medications to keep the disease in remission (under control).

There is no cure for Crohn’s Disease (or any autoimmune disorder).

Diet, as I mentioned above, plays a factor in that many foods will trigger a flare. Dangerous foods are those high in fiber, acidity, fat, and spiciness.

All the Signs of Crohn’s Disease, but None of the Symptoms

As you can see, Crohn’s Disease isn’t very much fun! Because its symptoms often mimic food poisoning or IBS, people can go for year after the pain begins until they actually receive a diagnosis.

I was one of the “fortunate” ones – I was diagnosed extremely quickly after starting to see blood in the toilet multiple times per day. That actually began my first week of teaching middle school, just a few months after graduating college.

But it all actually began way before then.

Looking back on my life with the benefit of hindsight, it’s easy to see the warning signs for Crohn’s. When you look at them individually, however, they don’t add up to very much.

I had a colic as a baby. My poor mom! I’m the oldest, and after four days of 5 minute contractions, I came into the world. (Luckily for her, the rest of the kids were easy births.)

When I was about 5 years old, I began throwing up a lot of what I ate. My dad’s brother, who is a well-respected acupuncturist in Utah, had me seen by his mentor who was visiting from China. He told my parents that my stomach was put together incorrectly while in utero. They gave me some herbal medications, however, that seemed to solve the problem.

Other than that, I was healthy! In fact, in high school I received an award for perfect attendance – all four years!

Occasionally I felt difficulty swallowing my food, but I had learned to eat quickly from working in the school cafeteria in middle school. My mom always told me that I just needed to slow down and chew my food more carefully.

It wasn’t until the summer before my junior year of college that things escalated at bit. I was at a bridal shower for a co-worker, when all of a sudden I couldn’t swallow my bite of roast beef sandwich. I wasn’t choking – it was just stuck!

Several hours later, after some agonizing episodes of trying to swallow water to prove to people it was stuck (first my mom, then my dad, then my doctor), I was sent to the hospital. Eventually I was put under and a doctor had to remove it surgically!

The doctor diagnosed me with silent acid reflux – that is, GERD without feeling heartburn. This had caused scar tissue to build up in my esophagus in rings called strictures. My esophagus was more narrow than a small pencil in that spot.

I had a few procedures done (called dilations) to break apart the scar tissue and widen my esophagus. I was amazed afterwards that I could eat dinner without having to drink several swallows of water after every bite to get my food down! (Who knew eating was so easy?!)

About six months later, while at Brigham Young University for my junior year, I began having blood in my stool. It scared me, and I went to the doctor pretty quickly.

After an inspection, the doctor determined I had a fissure (kind of like a paper cut). Since I was a college student living on cheap Little Caesar’s pizza and Doritos, he gave me an ointment and told me to eat more fiber.

Looking back, these were actually more the beginning signs of Crohn’s Disease. But there is no possible way anyone could have made the connection at that time.